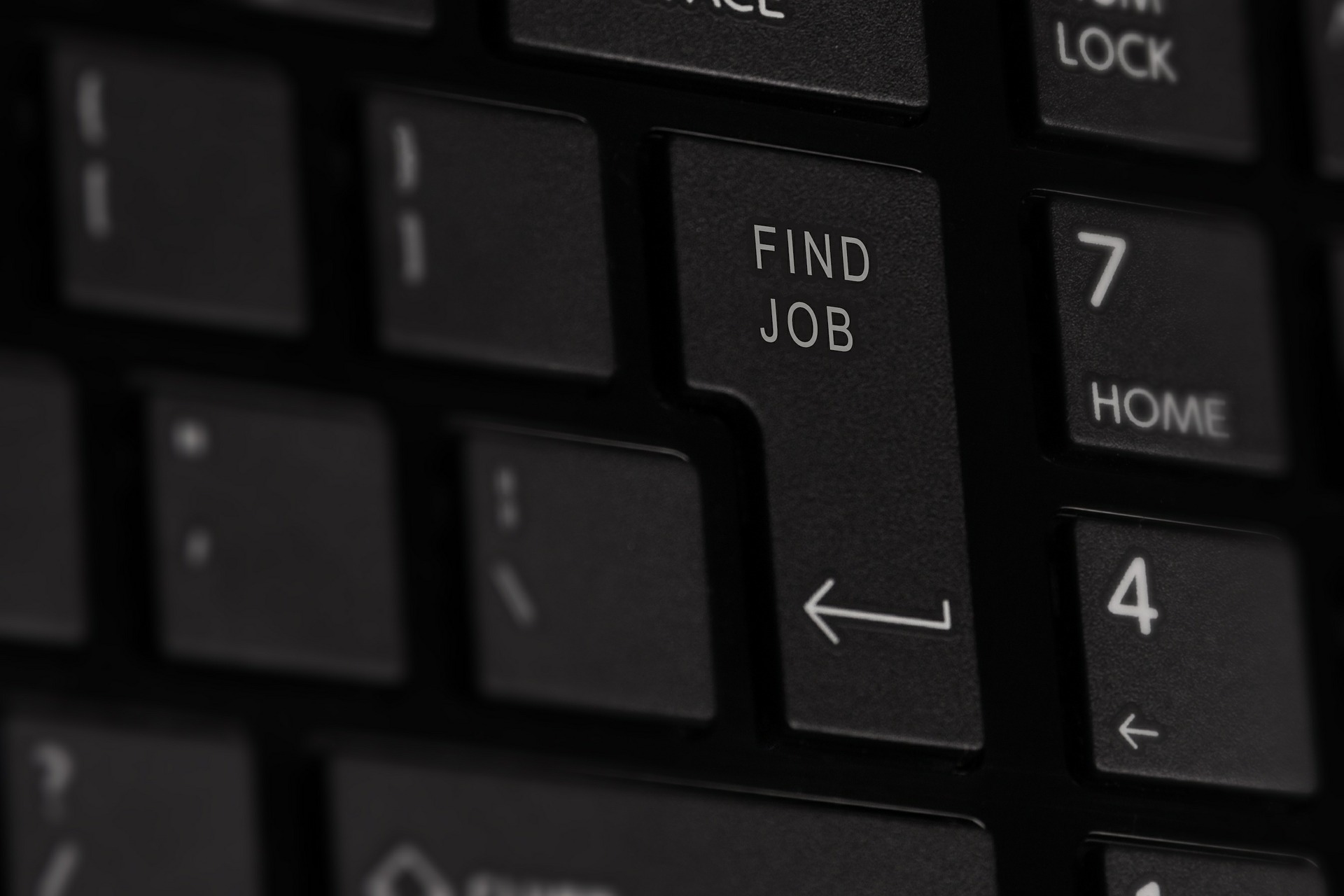 What Are Hybrid Jobs & How Can They Help Us Stay Relevant?

Industrial revolution is not something you might think about often, but humans are living through their fourth industrial revolution (4IR) right now. It’s an era which was described by World Economic Forum Executive Chairman, Klaus Schwab, as having the potential to “robotize humanity and [...] deprive us of our heart and soul.”

Really? Though I don't particularly agree with Mr. Schwab, because I think humanity has the creativity to avoid this outcome, I do understand this concern.

A 2017 report famously estimated that automation could replace 800 million jobs by 2030, which means replacing nearly 22% of the 3.5 billion person global workforce. That is concerning. Yet, current estimates are far less; one report says robots will only replace 20 million jobs. A sign perhaps that estimators may have jumped to quick dramatic conclusions?

On the whole, these trends show a polarizing effect on the global workforce, especially for industrialized countries. Automation will replace middle-skilled jobs, like manufacturing, leaving high skilled jobs at one end and manual labor jobs at the other. This paints a very clear picture for workers’ futures; that is, in order to stay relevant, they’ll need to adapt their careers.

How did we get here?

For many people, each revolution has meant ever greater productivity gains and countless new technologies that have reshaped how we live our lives. Here’s a short recap. The first industrial revolution, between the 18th-19th century, was marked by the invention of the steam engine and its impact on textiles, coal, and iron. The second industrial revolution, from 1870 to early 1900s, was largely characterized by steel, oil, and electricity, which meant skyscrapers, combustion engines, telephones, electric lights, movies, cars, and even airplanes. The third industrial revolution, beginning in the 1980s, labeled the Digital Revolution, brought the internet, the space station, consumer electronics, and personal computers. Now we are in the fourth industrial revolution, characterized by automation, robotics, mass data collection, AI, Internet of Things, Blockchain—essentially the rapid infiltration of technology into everyday work and home life.

It’s hard to imagine what the fifth industrial revolution will be. Will it bring hope for those displaced by the last one? Indeed, there is an unshaped movement that might already have a vision, one that focuses on the planet and the people who have to live on it. Salesforce Chairman and co-CEO, Marc Benioff, said at the Davos 2019 World Economic Forum, “Over the next decade will be the Fifth Industrial Revolution and that will be about saving the planet.”

Sounds like a promising future. How do we get there? Schwab, the WEF Chairman who cautioned about the dehumanizing effects of technology, reminds us that “in the end, it all comes down to people and values. […] We need to shape a future that works for all of us by putting people first and empowering them.” And he points us in a direction that could be the key—technology should be a “complement to the best parts of human nature: creativity, empathy, stewardship.”

A career doesn’t unfold the way it used to. Some can remember a time when a company would hire a fresh college graduate, give them a corporate ladder to climb, and watch them progress to leadership and eventually retirement.

But this model isn’t true today. Over the past decades, Industrial revolutions, like large glaciers rolling over the landscape, have reshaped career dynamics. Many workers impacted by these shifts have had to scramble to remain relevant, learning new skills or shifting careers altogether. Others have been born into a new technologically rich world where digital skills are acquired from early childhood.

But how has the landscape changed? A report published by Deloitte Review identified three areas of disruption: expertise, duration, and rewards.

The world of work has changed, and many people have dwelled on what that means for themselves and asked what should they do.

Here are two options. Wages are still increasing in the most expert of roles, hot technical roles where quality skills are scarce. By deeply specializing, a person can strive to get one of these highly techical positions. Or, on the other hand, they can join a whole new job category that has opened up called the "hybrid roles" job class.

These hybrid roles are an amalgamation of skills that used to act like oil and water, like marketing and statistics, which now is the make-up of a digital marketer. Typically, these roles are a combination of technical expertise and strong people or art skills. Think, tech + project management, or tech + design, or tech + client interaction. What has happened is a shift in the combination of skills that are valuable.

This may seem like doing twice the work to learn two domains of knowledge, and perhaps it is, but because of technological advancements (i.e., industrial revolutions), doing these separate jobs isn’t as tricky. Computers make statistics easier, and computers also allow statistics and marketing to combine in a way that hasn’t happened before and create new roles for people to fill. But it’s not just the industry that is producing these new job opportunities. People are too; they are the ones competing to stay relevant, and relevancy means combining technology into new patterns of work.

Survey of the Best Hybrid Roles

We’ve taken a look at the career landscape from a 30,000-foot historical view, but what does someone do practically when they’re trying to catch the next career wave? LinkedIn and Burning Glass have both released their analysis of trends, based on their vast databases of job posts, for the future of hybrid roles, and the results are staggering.

According to Burning Glass’s 2019 Hybrid Jobs Report, the skills that are driving hybridization can be categorized into five skills areas, plainly all of them are technical:

This paints an interesting picture for careerists. Hybrid roles will provide a plethora of new jobs and possibly safety from automation as well as a promise of increased wages. Still, it will require people to upskill and fight for the few entry-level positions available. Those in their mid-careers will need to track their upskilling efforts fast, but the years of job experience they’ve already accumulated will help them fit the requirements of hybrid roles. The fact remains, though, people must fall on the skill of “constant learning” to remain relevant.

What hybrid jobs can people hope to land? LinkedIn releases its emerging jobs report annually, and 2020 displays a surge of hybrid role titles. Remember, a standard for hybrid roles does not exist. What we know is, based on skills, they should be employing a high degree of technical abilities and people savvy, while also displaying judgment, analysis, and empathy.

The following are the top 15 emerging jobs in the U.S. according to LinkedIn.

What jumps out immediately from this list is the number of jobs requiring technical skills. At some level, they all do; most are highly technical. But we see our first roles that rely on the skill of empathy at ranks six and seven, Customer Success Specialist and Sales Development Representative. But to illustrate the nature of hybrid roles, the unique skills required for these two roles are quite technical. Other notable hybrid roles include Chief Revenue Officer and Product Owner. However, not explicitly technical, the breadth of technical knowledge is a must if they are working for a startup or digital business.

This shortlist should illustrate the need for both soft and technical skill sets. But don’t let it’s length deceive the real growing number of different hybrid roles. In Burning Glass’s survey, they state that their group of hybridized roles encompass more than 250 different occupations; and growing.

LinkedIn also has a list of The Most In-Demand Hard and Soft Skills of 2020. A short list indeed, but a cursory glance lines up with what we're seeing with the most in-demand jobs. The future of work roles is demanding a mixture of creative and sophisticated technical knowledge. 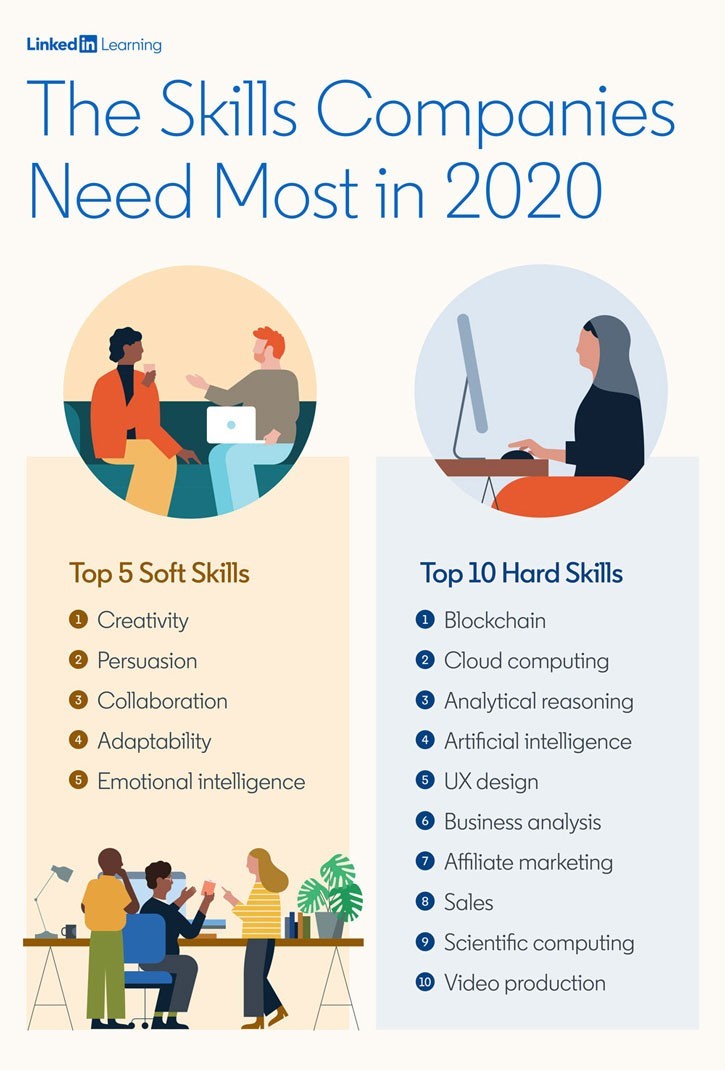 Everybody is in their own unique situation. When struggling with how to go about upskilling, it's not necessary to grab the top in-demand skills. First and foremost, understand the direction you want to go in. By focusing on the bigger picture, like what work you would like to do, what sort of organization is a good fit, and who you want to work with, it will be easier to target what new technical or soft skills you need to work on.

You may find that alternatives to technical skills which can springboard off of your current strengths. Several of the skills above, such as business analysis, UX design, cloud computing are amplified by no-code low-code platforms which provides access to app development tools to people who have tremendous amounts to offer but do not know coding.

Of course this approach is best informed by current trends, as described the world of work is a dynamic and shifting world. More like dunes on the sand than waves on an ocean, over greater periods of time their shape does change. Fortunately, we can see these tech trends on the horizon.

Career churn is the new norm for most workers. Those born into the digital revolution have never known anything different. What they have seen come to pass, though, is the hybridization of jobs themselves—where through the creation of new technologies, new roles appear. But as technology continues to advance in ways like automation and artificial intelligence, human jobs are threatened by computers. Staying relevant and avoiding redundancy means the struggle to find work that both continues to provide and is automation resistant.

Hybrid roles offer some salvation. The combination of both technical and human skills makes hybrid roles complex, too complex for computers to perform. At the same time, they also provide a path to career advancement that will remain insulated for some time.

Recommended Posts
Up Next
Why A Better Remote Work Experience Demands Less Software, Not More
Previous
How to Create a Culture of Transparency & Openness at Your Organization
Back to Business with Heart <3 Blog Page 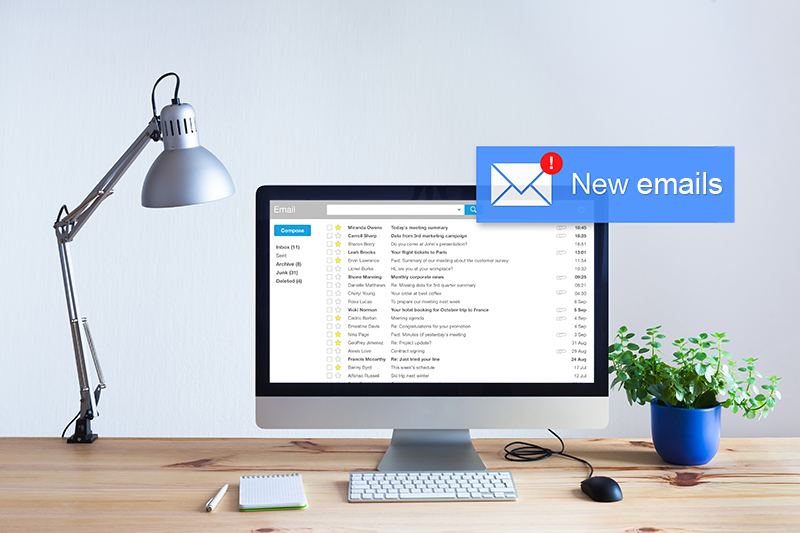 For decades, email has been the chief instrument by which most of the business world communicates. Since becoming widely available back in the early nineties, email communications have steadily increased in both volume and frequency, especially in the realm of...
END_OF_DOCUMENT_TOKEN_TO_BE_REPLACED

So you’re getting ready to kick off a new and exciting project, but the actual management piece of it isn’t quite as new or exciting. Trust us, we’ve been there–your project management process involves chasing down project stakeholders, losing files left and r...
END_OF_DOCUMENT_TOKEN_TO_BE_REPLACED

If you’ve ever ordered a Domino’s pizza online, you’re probably familiar with their tracking system. In the early 2010s, Domino’s released a tracker for online orders that provides real-time updates as your pizza moves through the various stages of creation to...
END_OF_DOCUMENT_TOKEN_TO_BE_REPLACED

It’s fairly astounding how much time people spend on their emails. In fact, people in the workplace spend an average of a whopping three hours a day on emails (which adds up to 20 weeks and five months per year). And when you consider that nearly all of that e...
END_OF_DOCUMENT_TOKEN_TO_BE_REPLACED