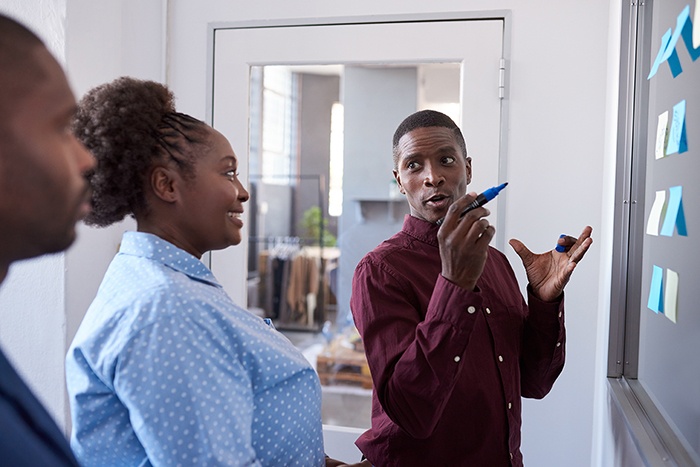 How to Effectively Evaluate New Technology for Your Educational Institute

In 2013, the Los Angeles Unified School District began an ambitious project: supply its students and teachers with approximately 700,000 iPads loaded with curriculum at a cost of $1.3 billion. The project, one of the most ambitious of its kind at the time, sought to embrace the principle of EdTech on a large scale.

The results were less than stellar. In a 2015 memo released by the LA Unified School District, Director of Instructional Technology Initiative Bernadette Lucas highlighted several key issues with the technology:

Shortly after the memo was released, the project was scrapped altogether, with rushed rollout, lack of tested software, and limited school resources to support the technology cited as the main reasons for failure.

In his popular educational blog, English/Language Arts teacher John Robinson Ed.D notes that “’Ed Tech’ evangelists have become less critical of technology, and in some ways have come to believe that it alone offers the ‘salvation of education’ and our students.”

The early adoption raised several new considerations for technology evangelists: does technology always have a place in education? And if so, where and how can it be effectively implemented?

With every new technology adoption, especially in a space where no prior technology has been implemented, it’s important to evaluate the value of the tool before dumping time, money, and human effort into it.

Here are five key questions to consider before adopting new technology for education:

1. How will this technology help achieve your institute’s goals?

It’s important to understand how technology serves the larger goals of an institute, both on a practical and principal level. Award-winning blog writer and former middle school principal Eric Sheninger writes that “technology can be a game changer with a solid pedagogical foundation. The tools of the digital world provide the means to support and enhance learning like never before.  When adopting a pedagogy first, technology second, and with an appropriate mindset, purposeful use can innovate assessment, increase collaboration, improve feedback, transform time frames (where, when), and empower kids to own their learning like never before.”

2. Does your institute have the framework it needs to successfully implement and support the technology?

As the Los Angeles Unified School District learned the hard way, technology doesn’t work in a resource vacuum. Technology requires its own unique set of supports, from IT specialists to coaches who can guide educators and students through the learning curve. It’s imperative to assess what resources a new piece of technology needs to succeed, and whether or not the school has both the human power, the budget, and the time to provide those. Sometimes the answer is not yet.

Technology might work well in one classroom or with a single grade. But will it scale, and what resources will that demand from both educators and students? The National Center for Education Statistics estimates that “between fall 2015 and fall 2027, total public school enrollment in pre-kindergarten through grade 12 is projected to increase by 3 percent (from 50.4 million to 52.1 million students.”

4. Does it integrate with current and future technology systems you use or plan to use?

Technology’s behavior report card shouldn’t read “doesn’t play well with others.” As technology’s role in the classroom (and in administration) grows, it’s important to choose platforms that have (or will have) the ability to integrate with other systems and devices as needed. Evaluate where a new technology will eliminate silos between your data and where workarounds (even if temporary) are needed. Make sure deploying a new technology doesn’t lead to data duplication and repetitive work that waste more time than the new system saves.

5. How does it fit into your budget?

Identify not only what the technology itself will cost, but also the other costs that come with training, deploying, and maintaining it. Technology that looks affordable at first glance can come with hidden long-term costs that might negatively impact an institute’s ability to sustain a new program.


Choosing the right solution for your institute

Technology is transforming educational institutes for the better. LA Unified School District’s iPad blunder should serve less as a deterrent and more as a guidepost for what successful technology implementation does—and doesn’t—look like. As it is with most business decisions, take time to reflect on the short and long-term return of technology before investing resources into it.

If you missed our most recent Transformation Talks: Remote Work in a Post-Pandemic World, check out our top five highlights below and be sure to watch the webinar recording here. We had the pleasure of welcoming Chase Warrington, Head of Business Development a...
END_OF_DOCUMENT_TOKEN_TO_BE_REPLACED

Many organizations are making moves to implement changes to the way they work. Everything from work policies to organizational structures, and all of the systems and tools in between are being considered for a transformation. As we’re all aware, change is not ...
END_OF_DOCUMENT_TOKEN_TO_BE_REPLACED

If your team’s processes and software have changed in light of the pandemic, you’re certainly not alone. The scramble to go remote has left many companies patching together various new tools and scrapping obsolete ones in an attempt to keep business moving alo...
END_OF_DOCUMENT_TOKEN_TO_BE_REPLACED

Data management systems are absolutely critical to any company’s long-term health and viability. If you’re working with multiple spreadsheets, manually entering data into cells, or storing your data on your laptop, then we're here to help you learn more about ...
END_OF_DOCUMENT_TOKEN_TO_BE_REPLACED