Did you know that only 2.5% of companies successfully complete 100% of their projects?

Yes, you read that right, which is why it’s essential to be on the lookout for warning signs of project failure. Aside from our 5 Reasons Projects Fail eBook, the best way to learn is from your mistakes—or in this case, other people’s mistakes.

So without further adieu, let’s see what we can learn from the top 5 project management fails of the 20th Century:

What doesn’t come to mind as easily is the city of Cincinnati, Ohio. The city’s subway system is relatively unknown to visitors and residents alike, but that’s not its biggest problem: it’s also wholly unused.

In March of 1912, Cincinnati officials appointed a board to create a city-wide solution for rapid transit. After seeing the success of New York and Chicago’s public transit systems, the board hired a Chicago transit planner who proposed a plan to build a 16-mile loop around the city for 12 million dollars, which the city slimmed down to 6 million.

But construction was delayed due to World War I and residents quickly realized that post-war inflation was only going to get the project’s 6 million dollar budget so far. Although two miles of underground tunnels and most aboveground track were already built, Cincinnati lacked the funds to fully finish the project, which was indefinitely canceled by 1927. Today, the subway system remains unused.

The Downfall: Stakeholders of the Cincinnati Subway project failed to properly define and control the scope of the project, leading to a lack of funding and buy-in.

The Lesson: Always document and define project requirements, and plan for potential risks, to secure buy-in from project stakeholders.

The Quebec Bridge Company was founded in 1887 to bridge the St. Lawrence River, Quebec’s main channel of trade.

The Quebec Bridge Company hired American consulting engineer, Theodore Cooper, and contracted out the Phoenix Bridge Company to get it started in 1900. Soon after its start, crew members discovered deformations (called deflections)deflections (deformations) in several of the bridge chords and continued discovering them throughout the project. Some said the bends had already been there beforehand, others seemed not to bat an eye.

Several pauses in the project occurred in an attempt to figure out the cause of the deflections, with Cooper ultimately deciding to not add any more load to the bridge. After a long game of telephone, Cooper’s message was eventually relayed to and ignored by the chief engineer.

The Downfall: Due to a lack of accountability and weak communication, the Quebec Bridge collapsed. According to the Project Management Institute, ineffective communication is the primary contributor to project failure one-third of the time.

The Lesson: According to the Project Management Institute, ineffective communication is the primary contributor to project failure one-third of the time. As scope and roles change, it’s crucial to continue addressing accountability and communicating consistently throughout your project. Getting ahead of assumptions and documenting all communication can lead to an easier, more enjoyable project for everyone.

Coca-Cola and Pepsi: two iconic brands, one iconic rivalry. It’s hard to imagine any other cola brand trying to compete with the two … unless, of course, you’re Richard Branson.

“25 years ago, we decided it would be an exciting challenge to take on Coca-Cola,” said Branson, British entrepreneur and founder of the Virgin Group. After finding success in both the aviation industry with Virgin Airways and the music industry with Virgin Records, the British business giant decided to take on the soft beverage industry in 1994.

Virgin Cola sold very well in the U.K., eventually outperforming both Coke and Pepsi. However, entering the U.S. market was a different story: Coca-Cola wasn’t going to let some newbie brand swoop in and steal their business.

Assembling all of their resources, Coca-Cola eventually shoved Virgin Cola off the shelves of every retailer until businesses began stopping their orders of Virgin Cola.

After putting up a fight for a few years, Branson ended the cola branch of his company in 2009 stating, “the problem was that, you know, we didn’t have something completely unique." While both brands looked similar and tasted similar, there was nothing truly “better” about Virgin Cola and its brand than Coca-Cola.

According to Branson, the downfall of Virgin Cola taught him that his brand should only go into markets where it can truly make a difference.

The Downfall: Richard Branson started the Virgin Cola brand without real purpose or product differentiation, failing to create a clear objective or vision for Virgin’s new venture. As a result, the competition swept Virgin Cola away causing a cease in production in 2009.

The Lesson: 37% of projects that businesses undertake fail due to unclear project objections and milestones, and approximately 10% of every dollar a business spends is wasted as a result of poor project management efforts. Clearly defining your vision, goals, and objectives can save you both time and money.

Target is one of America’s largest and most loved retailers. You go in for one thing, walk out with six, what’s not to love?

You don’t meet many people who don’t love Target, and in 2011, the retail giant decided it was time to spread the love. Target took a huge leap across the northern border right into Canadian territory, putting down $1.8 million with the goal of opening 124 Canadian locations by the end of 2013.

When it came down to opening time, everything seemed fine until it wasn’t: shipping was stalled, products didn’t fit in containers, and distribution centers couldn’t process merchandise. Many small issues began snowballing into one big one.

On the verge of a supply chain shutdown, Target finally found the culprit behind its issues: the company’s supply chain data was corrupt. From having to confirm thousands of data points to dealing with dummy data that had never been deleted, employees had to go line by line to correct it all.

The retailer continued to push through their never-ending supply chain problems, still opening stores as they went. By February 2014, Target was reporting a $941 million dollar loss in Canada. Less than a year later, Target Canada filed for bankruptcy protection, leading to all 133 Canadian stores shutting down by April 2014.

The Downfall: Due to poor data management and data quality (or lack thereof), Target was forced to shut down 133 stores in Canada after a mere two years in the market.

The Lesson: Accurate data management and reporting tools are essential to a successful project. With a good tracking and management system in place, it’s nearly impossible for data errors, documents, or unfinished tasks to slip through the cracks unnoticed.

The Airbus A380 is the world’s largest commercial aircraft, holding up to 850 passengers and two different flight decks. It’s not only the largest commercial aircraft but also has the most complex wiring system to date with over 100,000 wires and 40,300 connectors. So you can imagine the problems that occurred when each wire was engineered to specification, yet came out too short during its actual installation.

Engineers tried to overcome the multitude of problems that came from this error, but the project ended up with 2 years of delays and landed several billion dollars over budget.

The Downfall: Airbus decided to proceed with building the A380 despite knowing two different design software were being used, resulting in design miscalculations, years of delays, and some serious overspending.

The Lesson: You can take a pass on proper project management tools and still get the job done, but it’ll take much longer and cost much more. Using project management best practices results in streamlined efforts, saved spending, and leaves a lot less room for error. 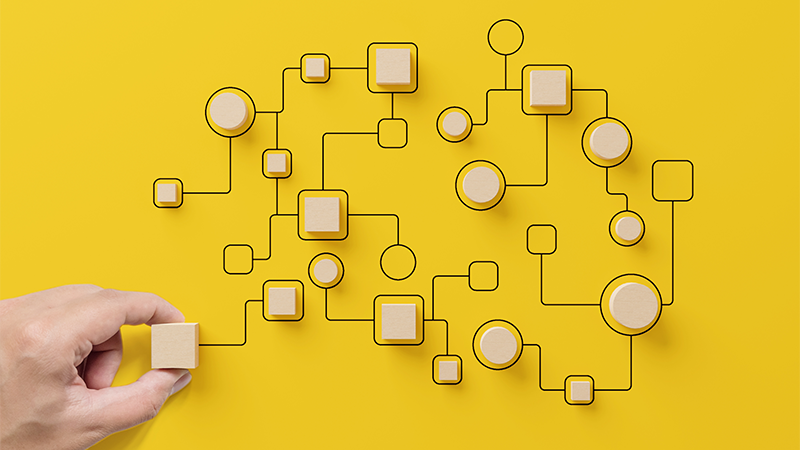 Business Process Mapping: What It Is, Why It Matters & How to Use It

Did you know that 90% of the information transmitted to our brains is visual, and that visuals are processed 60,000 times faster than text? Based on those statistics, it’s clear that our brains weren’t meant to quickly process written information alone. This i...
END_OF_DOCUMENT_TOKEN_TO_BE_REPLACED

Hey Siri, are we in a recession? Whether you’re asking Google, Alexa, or another A.I. of your choosing, there’s no doubt that Americans are concerned about the status of the economy: Business Insider recently shared that Google searches for “recession” are the...
END_OF_DOCUMENT_TOKEN_TO_BE_REPLACED

5 Business Processes You Can Run Better Without Excel Spreadsheets

You've probably heard it before, but studies have found that 88% of spreadsheets contain errors—an alarming statistic considering data is at the core of most business operations.  Perhaps one of the best (or worst) examples of spreadsheets gone terribly wrong ...
END_OF_DOCUMENT_TOKEN_TO_BE_REPLACED