Why Projects Fail: Why Weak Communication Kills Projects & How to Solve It

You're probably already aware of the fact that poor communication is a notorious project killer. But good communication isn’t just about timeliness and tone; it’s about where it’s happening.

We live in an age where we aren’t confined to only a few select channels: we have email, text, Slack, Zoom, Skype, phone calls, in-person, and a myriad of other options before us to chat with our colleagues.

Often, we use a mixture of these tools to communicate depending on the urgency and importance of our needs. But the problem comes when we need to recall or depend on our communication (past and present) to successfully execute projects.

How can a project move forward seamlessly if an important conversation was held over a private Slack channel but the information related to it is shared via an email chain?

You’re probably not surprised to hear that the Project Management Institute report labeled poor communication as one of the primary factors in project failure.

The question remains, though: with this level of awareness, why does it continue to ruin projects day after day?

Established but not always effective channels

Most offices have an official set of tools they rely on for communication, whether they’re effective or not. For example, most companies utilize some sort of email platform to manage their collaboration, even though email often contributes to communication silos by limiting the number of people who have access/visibility on a given chain. CC and BCC are only good if the person sending the email remembers to hit them and REPLY ALL on every subsequent response. How many times have we made the mistake in a rush and sent the wrong response, effectively closing the door on a conversation to someone who needed access?

For the uninitiated, shadow IT tools are platforms or applications that are not officially approved for use by a business but are used nonetheless by team members for communication. For example, the sales department might run a private Slack channel for their team while Marketing relies on Google Hangouts to chat with each other.

These private channels might seem valuable because they shorten time delays and everyone in the know knows the rules of using them. But the problem is just that: everyone in the know. Which, often, isn’t many people. Information shared between a team on one of their smaller channels might be valuable to another team, but how can that information be shared without copy/pasting into another channel?

These communication silos also set teams up so that they only share information with those they think need it—not recognizing that the information they have may be valuable to others who aren’t top of mind. An insight from sales can help marketing fine tune their upcoming project—but not if they don’t see it.

A lack of centralization

One of the biggest challenges teams face with effective communication is a lack of centralization. Conversations that happen over multiple channels can be difficult to effectively track (especially for busy members who don’t have time to pick and search through each channel for information), meaning delays in data sharing, missed points for collaboration, and delays in understanding what challenges members are facing to get their work done.

These kinds of delays can breed a sense of unreliability and lead to greater breakdowns in trust between team members, especially if channel changing gets in the way of accountability and action-planning.

What’s a team to do?

For teams facing an office environment with multiple channels, there are a few actions to help minimize the miscommunication:

Organize all your interactions. Simple actions, such as organized agendas, meeting minutes, and action items are incredibly valuable and should be highly documented. Decide not only what information you’re going to track, but who is in charge of tracking it, how it will be tracked, and where that information will be stored. It’s imperative that members of your team can continually access the documents you create even after the meetings are over so they have the ability to work off them as they move forward with their tasks.

By having past and in-progress conversations available, you can not only help members stay on track but also avoid repeat conversations (they don’t have to ask others) about where the information/chart/progress is on something.

2. ID which communication channel is used for what conversations

Ideally you can streamline your communication channels into one centralized platform so you don’t have to search for which conversation happened where. But sometimes it’s hard to make that transition—or it takes time.

In the meantime, create clear policies for your communication channels about what gets shared where. Maybe Slack is only for general chat, such as asking a coworker what their thoughts on a piece of industry news is, or how their weekend went, while email is for any conversations related to documents or a specific project.

Decide where your conversations happen before they happen so you don’t waste time later looking for them.

Your team, your department, and your company can make better decisions the more information they have to consider. Curate your channels and your conversations in mind with who else may benefit from them. Create policies where your team and others can have access to them so they can build on that information to make better choices for their own projects.

By prioritizing accessibility we can begin to break down the communication silos that keep our teams and departments from successfully collaborating on complex campaigns or other projects. It also helps managers and directors to understand and foresee where their team needs help or what potential pitfalls they might face. Successful projects often require extensive team involvement, so planning ahead for it helps keep things streamlined (and everyone accountable) early on.

Recommended Posts
Up Next
6 Steps to Redesign a Broken Business Process
Previous
What is Operations Management?
Back to Business with Heart <3 Blog Page

Hey Siri, are we in a recession? Whether you’re asking Google, Alexa, or another A.I. of your choosing, there’s no doubt that Americans are concerned about the status of the economy: Business Insider recently shared that Google searches for “recession” are the...
END_OF_DOCUMENT_TOKEN_TO_BE_REPLACED

5 Business Processes You Can Run Better Without Excel Spreadsheets

You've probably heard it before, but studies have found that 88% of spreadsheets contain errors—an alarming statistic considering data is at the core of most business operations.  Perhaps one of the best (or worst) examples of spreadsheets gone terribly wrong ...
END_OF_DOCUMENT_TOKEN_TO_BE_REPLACED 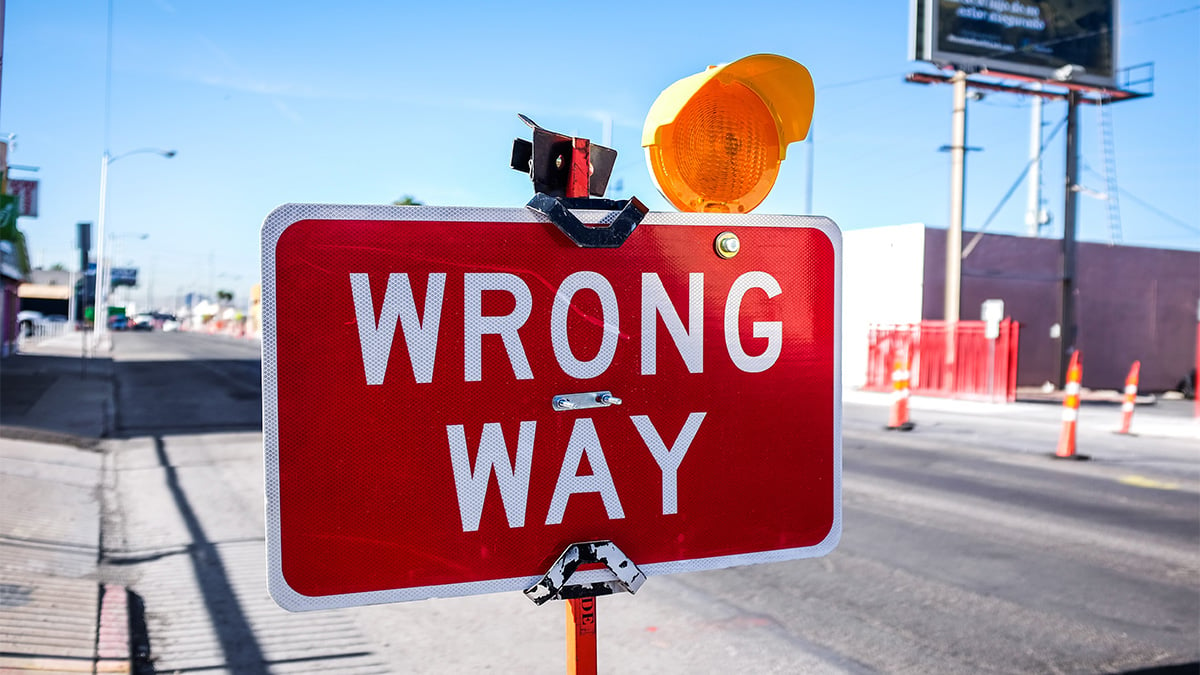 Did you know that only 2.5% of companies successfully complete 100% of their projects? Yes, you read that right, which is why it’s essential to be on the lookout for warning signs of project failure. Aside from our 5 Reasons Projects Fail eBook, the best way t...
END_OF_DOCUMENT_TOKEN_TO_BE_REPLACED 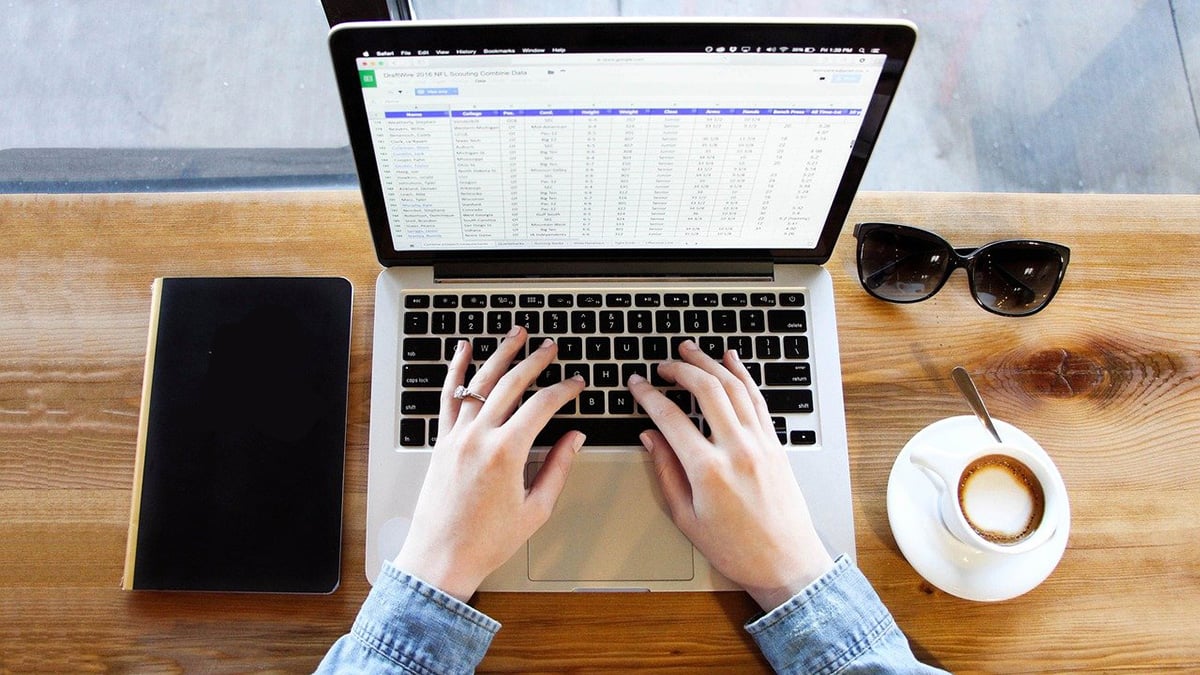 Let’s talk about spreadsheets: the business world’s favorite tool used for project management, data tracking, accounting, and more.  You’ll either shudder or smile when you hear the word spreadsheets, and if you’re reading this article, we have the feeling you...
END_OF_DOCUMENT_TOKEN_TO_BE_REPLACED