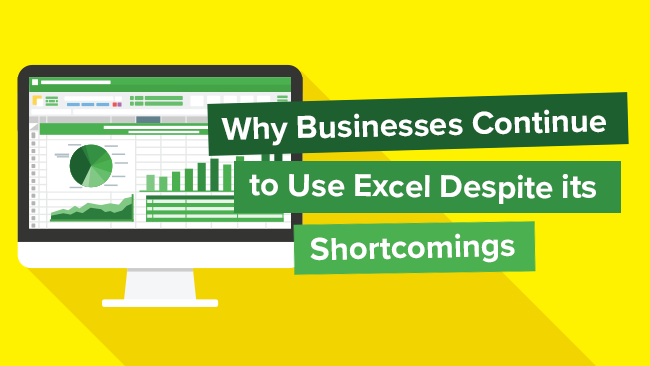 We may not be dating experts here at Kintone, but we know a terrible relationship when we see one: it’s comfortable but a bit stagnant, has quite a few downfalls, and is constantly justified because it’s “good most of the time.”

Sound familiar? Hopefully, not on a personal level–but in the professional world, it sounds exactly like the type of toxic relationship that most businesses have with Excel.

Sure, Excel does some things well, and we’ll even say it does some things great, but at the end of the day, it’s a 37-year-old legacy software that businesses just can’t break up with. And just like the bad relationship that lasts too long, you’re constantly wondering what makes people stay.

Today’s post covers the good, the bad, and the ugly of Excel and why it might be time to make Excel, well, your ex.

A Quick History of Excel

As you’re probably well aware, Excel is a spreadsheet application–if not the spreadsheet application – that allows you to organize, analyze, and calculate data. It was launched by Microsoft in 1985 and has gone through a dozen or so updates in its 37 years of life. Today, it’s estimated that Excel has roughly 750 million to 1.2 billion monthly users around the globe.

But if you think about it, it’s actually quite the miracle that Excel is still alive and thriving. 1985 was a year filled with other great inventions: portable CD players, portable phones, VCR technology… but today, each has been replaced with a more modern solution. We traded CD players for iPods, upgraded our portable phones to smartphones, and can now stream movies from virtually anywhere instead of relying on VCR.

READ ALSO: The Hidden Risks of Using Excel To Manage Your Projects or Data

We say all this to ask: Why do companies continue to rely on the same spreadsheet tool when we make way for modern solutions everywhere else in our lives?

Why Companies Continue to Use Excel

1. It’s a widespread legacy software loved by many

And widespread would be an understatement–have you ever worked for an organization that didn’t at least have Excel installed across company computers? Better yet, have you ever met an office worker that didn’t have a working knowledge of Excel?

Believe it or not, Excel is an extremely easy tool to use if you don’t let the experts fool you with all their fancy tips, tricks, and functions. Its low learning curve is part of the reason people have stuck around so long, with most users being able to easily create spreadsheets from scratch, understand the fundamentals of formatting, and execute basic math equations with the click of a few buttons.

And then there are the experts we just referenced, that one person in the office you refer to as an “Excel Wizard”–every team needs at least one, right? Because of its universal use, being an Excel enthusiast has become more than just a humble brag or office title, it’s become a marketable skill that companies hire for.

2. It’s simple to use yet incredibly powerful

We already touched on Excel’s low-entry barrier, but what about the powerful capabilities that lie behind such a simple software?

Actually, the reason people rave about Excel’s capabilities might be less about its capabilities and more down to its initial ease of use and constant presence in our office lives. According to psychology, familiarity has a strong influence on our everyday decisions. We tend to prefer things that are more familiar because we perceive them as easier, whether we’re aware of it or not. This phenomenon is called cognitive fluency and could be why we think long-lasting, legacy software that we’re extremely familiar with is the best thing since sliced bread–even if there are smarter solutions out there.

Despite the psychology, we’ll still give credit where credit is due. The capabilities of Excel are anything but simple, and what looks like a straightforward spreadsheet could be housing so much more, from the finance team’s trend forecasting to the marketing team’s latest campaign metrics or even HR’s employee data.

Throughout every area of business, Excel allows employees and executives alike to complete complex calculations, visualize data, and plan for the future. For an easy-to-use data management software, it paints a pretty powerful big picture.

3. It comes with an insane amount of resources

One of the major benefits of being an ever-enduring, 37-year-old piece of software? With a quick Google search, decades of videos, tutorials, books, and webinars are at your fingertips. With so many resources readily available, it’s almost harder to not learn Excel.

Comparatively, there are very few resources available for software that’s only a couple of years old or just entirely niche. And even more, there’s no guarantee a small software company will stick around years later as Excel has. If the software doesn’t survive for decades, or even for a mere few years, you could end up without support for a product or lose it altogether.

Microsoft isn’t going anywhere, and neither are the loads of resources that come with its products.

Yes, even the “greatest software of all time” (their words, not ours) has its shortcomings, which you’ll quickly begin to notice as your company grows and business needs expand.

1. It lacks visibility, and therefore accountability

Everyone can have their own spreadsheet, but how do you see who’s working on what, or where things are kept? Spreadsheets in general create a lack of visibility across an organization, which leads to scattered files, chasing down stakeholders, creating duplicate data sets, and more. Plus, since you can’t see exactly who made the latest updates to a doc, there’s no accountability in place for project stakeholders or even security measures for that matter–but we’ll touch on that later.

2. It’s not designed for collaboration

Just because files can be shared and accessed across an organization doesn’t mean that Excel is designed for collaboration. Typically, it’s hard to have an entire team work in one document at the same time, which comes with its own set of downfalls. This ends up causing multiple files to be created, which not only silos your data but causes issues with version control as well.

Because most data in Excel is entered manually, there is a high risk of human error. A single mistyped formula could throw off an entire set of data, and if no one notices, you’ll be basing business decisions on corrupt data. Target Canada’s massive spreadsheet fail is the perfect example of the horrible impact spreadsheet and data errors could have on your business.

Unlike newer software solutions, Excel lacks any kind of security measures to keep your company information safe. Most spreadsheets in Excel are not password protected, meaning anyone could access your data if it fell into the wrong hands. Even worse than that, personal data could be accessed, leading to consumer privacy violations and even lawsuits.

So what’s the alternative?

Okay, maybe you’re not totally ready to call it quits with Excel, but there’s no harm in exploring alternate options that better suit your business needs.

Even if you’re only thinking about making the switch from spreadsheets, we’d love for you to take our software out for a spin–and all it takes is you uploading a single spreadsheet. 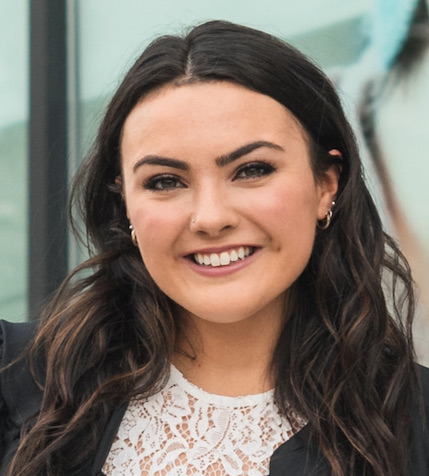 Michaela is a part-time freelance writer passionate about writing creative copy and content. She graduated with her Bachelor’s Degree in Marketing, minor in Creative Advertising, and has spent time working for start-up companies, agencies, and large enterprises in the marketing and brand strategy spaces. Outside of the office, she’s an avid foodie and traveler living in Chicago, Illinois.

Recommended Posts
Up Next
Previous
Business Process Mapping: What It Is, Why It Matters & How to Use It
Back to Business with Heart <3 Blog Page 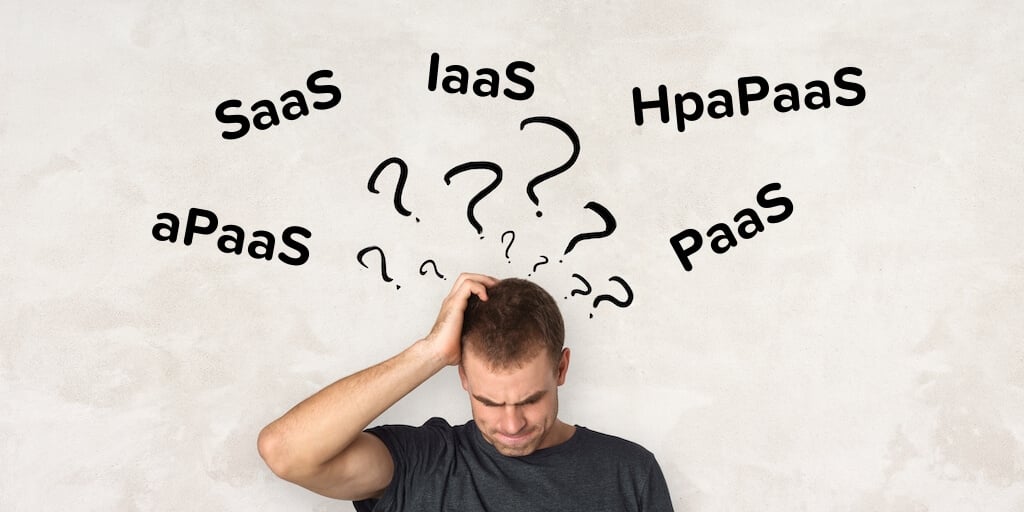 The growth of internet services over the last 20 years has introduced a new set of acronyms to describe different solutions, acronyms like SaaS/IaaS/PaaS/aPaaS/HpaPaaS. These acronyms can be a little confusing, so we’ll break down the difference between them s...
END_OF_DOCUMENT_TOKEN_TO_BE_REPLACED

Hey Siri, are we in a recession? Whether you’re asking Google, Alexa, or another A.I. of your choosing, there’s no doubt that Americans are concerned about the status of the economy: Business Insider recently shared that Google searches for “recession” are the...
END_OF_DOCUMENT_TOKEN_TO_BE_REPLACED