Why Projects Fail: How to Handle Unclear Objectives and Goals

It’s unlikely you’d begin a road trip without first identifying where you want to go, mapping out your route, and making a budget. The same logic applies when you're planning a project.

A lack of direction and unclear goals are among the largest reasons why projects fail. In its annual report, PMI Pulse of the Professional found an estimated 37% of projects businesses undertake fail due to unclear project objectives and milestones. Businesses who fail to plan for projects don’t just waste employee efforts and time—they also waste money. Approximately 10% of every dollar a business spends is wasted as a result of poor project management efforts.

If you work in an environment where company targets and goals are in constant flux, drawing clear lines for a project can feel daunting—and at times, futile. But in workplaces where change and chaos are an accepted part of doing business, it’s more important than ever to draw lines in the sand around what a project is—and what it isn’t. Creating ground in an ocean of change doesn’t just stabilize you and your team—it can radically increase your odds of successfully completing a project.

So how does one get started? Here are some guidelines to effectively defining and communicating objectives with your team:

Understand the difference between goals and objectives

Although "goals" and "objectives" can be used interchangeably, it's important to point out some key differences.

According to a Forbes article, a goal is a broad primary outcome, or the "destination." An objective, on the other hand, is a measurable step you take to achieve a strategy. Think of objectives as the project's "road map" with specific tasks that need to be completed to reach the goal.

Objectives are imperative to project success, especially in companies with shifting priorities. Here are two key reasons why:

Now that you know you need to have both goals and objectives to successfully complete a project, it’s time to learn how to identify them. You can do this by asking yourself some key questions:

Try to get ahead of assumptions or miscommunication

Remove assumptions about a project by communicating objectives early on. If you want a project to succeed, you need to make sure ideas of “success” are aligned between management, the team, and stakeholders early on. These conversations can be difficult, but if they’re not tackled early on, they’ll cause trouble later. You and your team will likely feel less receptive to outside feedback if you get it after the work’s been done rather than before.

When it comes to miscommunication, the easiest-to-implement solution is to make sure team members are in project-related meetings whenever possible (even if it’s just to listen), as well as have uninterrupted access to the information from meetings they don’t attend. For example, if you have a conversation with your company’s executives about a project’s goals, making the conversation, either via notes or recording, accessible later to your team allows them to understand the various goals, concerns, and objects of the company. They’ll have better context for their work—which will not just empower them, but also allow them to make more strategic decisions when circumstances change.

Map out a chain of communication

Create a communication system that team members can use to update stakeholders and management on where a project is heading and when changes are made. Avoid surprises by developing a system that creates accountability at every step of the project.

Establishing rules for project collaboration and discussion doesn’t just help improve communication and set expectations for everyone on the team, it also helps establish data management and collaboration habits that reduce future opportunities for conflict and confusion. Everyone knows what’s expected of them on any given project or process.

Some ways to start this process are by:

A Gallup report found only 33% of people know what is expected of them from their jobs. This lack of clarity is a major contributor to project struggles and failure. How can teams be expected to finish tasks if they aren’t sure the work is theirs?

The way to counter this is by creating clear objectives, along with who they’re assigned to, the scope of the work, and a deadline, in a place where all members of the team can see and agree to it. A task assignment doesn’t mean much if there’s no one else on the project who knows about it.

It’s tempting to dive into a project the second it’s your responsibility, especially if your company is fast-paced, demanding, and needs results NOW. But skipping over the outlining phase of project management only yields frustration and a higher chance of failure.

Take a breath and take time to establish project objectives and goals so you and your team feel a greater sense of control over your project—and have a greater chance at success.

To learn more about project management and how you can improve your likelihood of success, download our free eBook, Why Projects Fail & How To Fix Them.

This book covers topics including:

Recommended Posts
Up Next
Digital Disruption Forging New Breed of Problem-Solving Process Excellence Superheros
Previous
Does Your Organization Have Enough IT Resources For Digital Transformation?
Back to Business with Heart <3 Blog Page

Did you know that only 2.5% of companies successfully complete 100% of their projects? Yes, you read that right, which is why it’s essential to be on the lookout for warning signs of project failure. Aside from our 5 Reasons Projects Fail eBook, the best way t...
END_OF_DOCUMENT_TOKEN_TO_BE_REPLACED

Let’s talk about spreadsheets: the business world’s favorite tool used for project management, data tracking, accounting, and more.  You’ll either shudder or smile when you hear the word spreadsheets, and if you’re reading this article, we have the feeling you...
END_OF_DOCUMENT_TOKEN_TO_BE_REPLACED 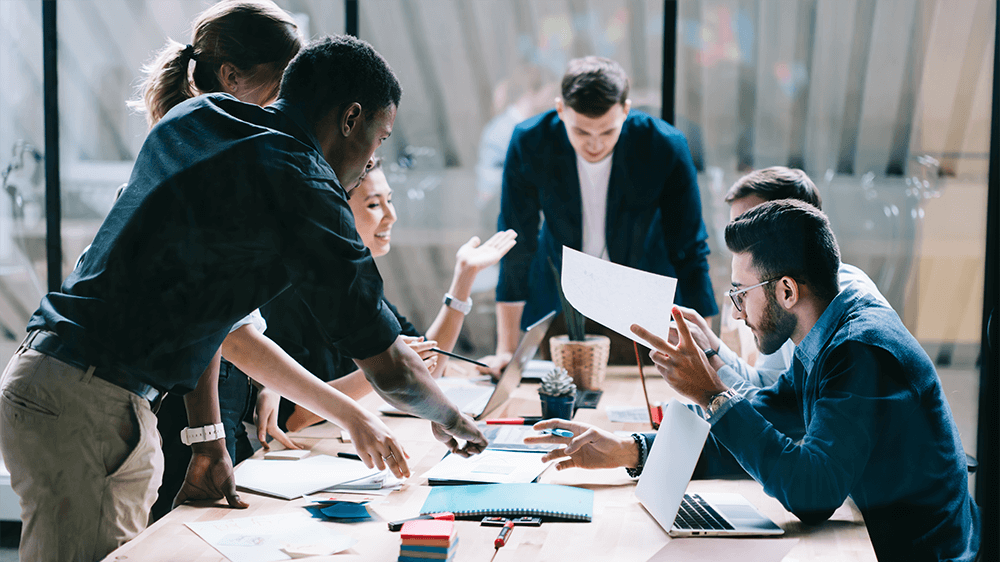 “Learn from the mistakes of others. You can’t live long enough to make them all yourself.” - Eleanor Roosevelt Mistakes are an inevitable part of life, but some slip-ups are a bit more dramatic. For example, it’s not every day that NASA loses a $125M Mars orbi...
END_OF_DOCUMENT_TOKEN_TO_BE_REPLACED

So. Much. Business Software. By any measure, we're living in an increasingly software-defined world. We live, work, and play inside applications, and they take seem to consume more of our time and attention every year. The true personal computer, the smartphon...
END_OF_DOCUMENT_TOKEN_TO_BE_REPLACED