Lessons From Silicon Valley: How One Company is Re-Imagining Work/Life Balance Globally

What do you think of when you hear the phrase "Silicon Valley"?

This is a story about Cybozu, a corporation that arguably has all of the qualities of a Silicon Valley technology company, but is located a few kilometers away from Tokyo Station in Japan. With a record-breaking start that's evolved into a revolutionary company culture priding itself on gender equality and work-life-balance, Cybozu continues to innovate year after year.

It all started in 1997 when three engineers at Panasonic were determined to create a solution that would drastically improve the company's internal office solutions. After submitting their idea, the trio quickly realized they weren't going to wait around for the tech giant to make a decision. The team got started right away on transforming office software on a much larger scale. The engineers -- Takasuka, Aono, and Hata -- predicted that the concept of "web services instead of heavy software" was going to take off, so they decided to develop web applications designed specifically for business teams. It was at that moment that Cybozu Office, now Japan's #1 office and business collaboration solution, was born.

After going public in 2000, Cybozu became one of the fastest companies to IPO in Japanese history. Since then, Cybozu has maintained a steady hold in Japan as the No. 1 "groupware" provider and the IT leader with the No. 1 market share in the office software market beyond IBM and Microsoft.

Things looked pretty fantastic for Cybozu, but they were far from perfect. At that time, the company's turnover rate reached a staggering 28 percent. The cost of employees leaving the company and the cost of onboarding new employees weighed heavily on the minds of Cybozu's leadership. How do you find enough good people to meet the high growth demands of Cybozu while also maintaining a high employee satisfaction to keep them from leaving?

Osamu Yamada, now the CEO of Cybozu in the United States, was the CFO for Cybozu in Japan. As the head of finance, Yamada was an unlikely candidate for the responsibility of revolutionizing Cybozu's HR policies, but he recognized an opportunity to transform the company by focusing on gender equality and employee satisfaction.

Career-oriented women exist in Japan as well, but even to this day traditional corporate culture continues to hold a bias toward hiring men. Yamada recognized that women were being undervalued in Japan's working society. His assessment was that this is largely based on normative gender roles where women are pressured to end their careers if they become mothers. 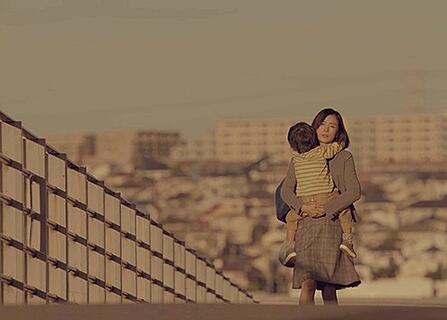 Work-life-balance was not a widely used phrase at that time, especially in Japan where traditional corporate culture maintains a strong preference for employees that work longer hours. Nevertheless, Yamada introduced company policies including generous allotments of remote work, highly flexible working hours and a parental leave system that guarantees employees their jobs for up to six years.

One Cybozu employee only comes into the office once a month so she can be close to her children. She conducts her business and interacts with her coworkers on Cybozu's cloud collaboration software, which the company encourages its employees to access remotely. The ability to communicate with team members around specific tasks, as well as manage business processes from anywhere using custom applications, means that the work style of sitting in an office all day is quickly becoming outdated. 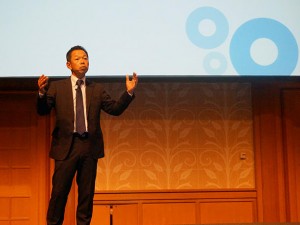 These policies are revolutionary in the U.S. as well. The recent media coverage around Facebook CEO Mark Zuckerberg taking paternity leave is evidence to the fact that even American companies (even those in progressive Silicon Valley) have a long way to go when it comes to workplace equality and promoting work-life balance. Several companies and leaders have stepped up, but there are still countless misconceptions around the feasibility of instituting progressive "work-style" policies.

"Our lifestyles are changing, but the way we manage our businesses is stuck in the same place." - Osamu Yamada, CEO, Cybozu Corp. (US)

Looking toward the future, Cybozu plans to create satellite offices because, as Yamada puts it, "teams come from all over" and it is important to give team members the freedom to choose their place of work. However, the company also recognized that it needs a hub for employees to occasionally come together and engage with one another in person.

The brand new Tokyo office became just that. Known as the Teamwork Hub, every meeting room within the Cybozu Tokyo office is named after a port city (Singapore, Barcelona, Sydney). Cybozu also allows its smaller partners that do not have a space to use the Tokyo Teamwork Hub for their own meetings and gatherings.

Today, Cybozu has already begun helping teams around the world with Kintone, a business application platform designed for business transformation and business process management. With over 3,000 companies and 70,000+ users building business apps on Kintone, the platform is poised to be the #1 application Platform as a Service (aPaaS).

Interested in seeing what Kintone can do for your team? 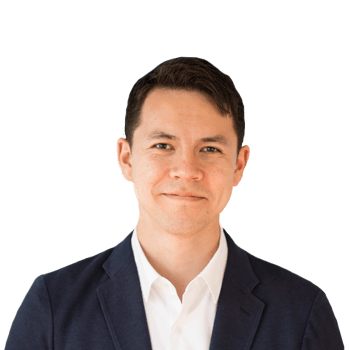 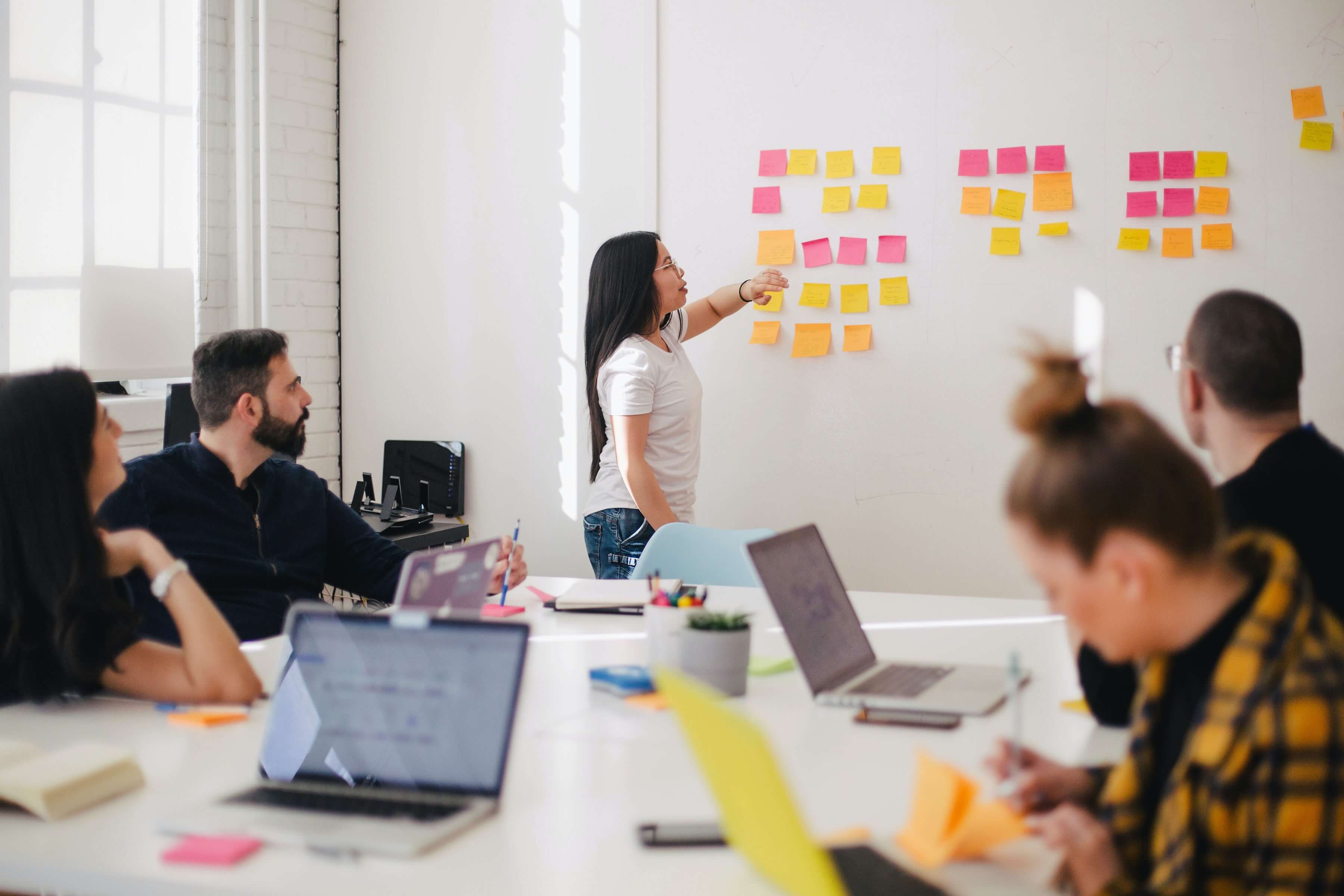 Any undertaking—big or small—runs the risk of failing. And a poorly planned project is doomed to meet the same fate as Ross’s couch on the show Friends.  So how do you avoid Ross-and-the-couch style project management? Hint: yelling “Pivot!” isn’t enough.  For...
END_OF_DOCUMENT_TOKEN_TO_BE_REPLACED 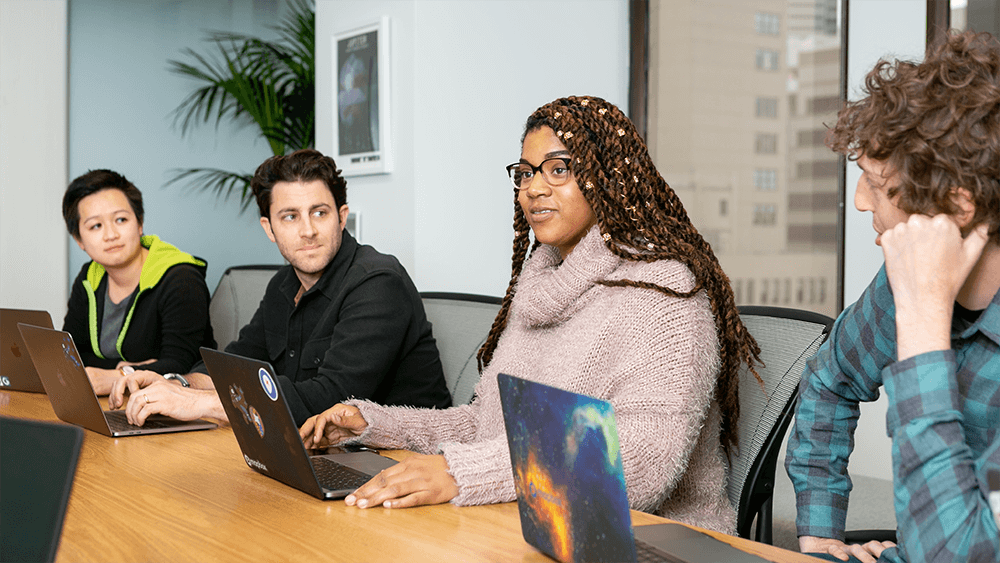 Does your team have good communication? It’s a question you should ask often—and don’t dismiss any problems if the answer isn’t “absolutely.” Why? If you do, it will likely cost you.  In a report called “The Cost of Poor Communication” by David Grossman, a sur...
END_OF_DOCUMENT_TOKEN_TO_BE_REPLACED

When it comes to remote work, it’s not terribly hard to see some of the reasons why employees might prefer it to the office (no commute, more autonomy), but some of the results to come out of this survey are eye-opening, especially when it comes to identifying...
END_OF_DOCUMENT_TOKEN_TO_BE_REPLACED

American employees say that the number one workplace feature they’ll be searching for post-COVID is the ability to work remotely when they please. That’s according to a new study of 2,000 Americans who are currently working remotely, which found that more than...
END_OF_DOCUMENT_TOKEN_TO_BE_REPLACED